My experience as a journalist in a PR agency has been interesting. While I have learned many things about PR, there are a few things that the PR person can imbibe from a journalist. The central and most important concern for a journalist is the critical, questioning role that he or she plays, something broadly missing in a PR set up.

A journalist questions many “given and established truths”, while a PR person has to present a positive picture of an issue at hand. There is a fundamental difference between the journalist and PR person when it comes to a story – a journalist asks scores of questions of an issue and might not easily accept a standard position, while a PR person presents “neutral” or “positive” facts. The PR person describes the “critical questioning” as a “negative mindset” and the resultant story as a “negative story”, while the PR person would produce positive aspects of a given story or truth and handover a “positive story”.

This I will describe as the pivotal difference between journalism and PR – “critical-negative” versus “uncritical-positive”. This difference produces two very different versions of the same story – while the journalist will be described as a professional who cannot see the good side of things in society, the PR person will be described as a one-sided professional who cannot see the critical side of things.

In both cases though, the overall picture of a story may be missing. A broad concoction and mix of the two is perhaps the truthful and complete version of the story. Both journalists and PR persons will have to be humble to accept both vantage points for a good story to be out in public. I remember an academic who described negative views as news and positive views as Corporate Public relations. Bridging the one-sidedness on both sides is a challenge to both a journalist and a PR person. A journalist can play an advisory role in a PR agency and guide the PR craft to draft stories that will in some way balance the two perspectives – the critical and the positive.

An issue that would cause some unease in the relationship between journalists and PR persons is ghost-writing. Here again, a journo can play a crucial role. Typically, I find that authored articles or quotes for an industry story or even press releases written in advance of an event on behalf of clients is again in a positive mode.

What comes from a CEO’s desk cannot have critical elements. The authored article is written by the PR person on behalf of the client and only facts that reflect the client’s interest. A journalist on the other hand, if he or she is especially a columnist, can reflect both the critical and positive aspects to a column or an article. An authored article cannot do this. A Journo would once again ask many questions of the article or the quote composed, and bring a holistic touch to it.

The PR person is shackled by the client, while a journalist is not. This is not the personal mistake of a PR person, the nature of the PR industry itself is such. The media is free to question, while the PR set-up is an unfree microcosm of the client. There would naturally be a conflict of interest if the PR agency were to project anything else other than what a client wants.

You may ask what a journo then is doing in a PR place?

I would answer the same by saying that a journo can bring a more complete view of the work of a PR person. This is possible. In my experience, I have been able to question clients whenever we have had meetings and interviews with them prior to the preparation of an authored article or press release. I have asked questions of the client exactly like I would when I was a journo. I have asked questions that may also be uncomfortable for the client. The client would then tumble out with facts that would otherwise not have come out, thus lending a more comprehensive touch to the interview. All-roundedness is something that a journo can bring to the PR’s table. The resultant product would then be closer to a 360-degree view.

In the course of these interviews, I have met clients who can pound you with their attitude and those who are soft and polite. I happened to meet a real estate client from Mumbai, who interacted with us in a manner as though we didn’t even know a bit of what they were talking. They taunted us and pressured us with their “Mumbai attitude”, with not a care for decency and even made faces with some peculiar and crude eye expressions, dismissing us entirely.

When I and my colleagues started asking fundamental questions of their work and projects, they tended to either be defensive or even more aggressive. What I gathered from this experience was that if you are well informed and have knowledge about the subject, you can turn things around and even put them off. Towards the middle of the interview, I realised that nothing of their project had commenced in Bangalore nor did they have adequate basic facts about their own project. I came away with a lesson – if you are fairly knowledgeable and have a journalist sense in you, you can take on anybody. Coming from a journo background, you tend not to be defensive, you tend to be on the offensive. The clients had to withdraw from their offensive once it became clear that they did not have much to reveal while having loads of attitude to share.

Going gaga over the client and praising them sky-high would not be fair. A journalist would ground this kind of reporting by frontalising facts rather than praise. Whenever I have come across undue positive reports, I have made it a point to factualise the report more and remove the unnecessary adulation. This comes from the journalistic instinct that one carries into PR. This kind of difference or tussle is welcome at K2, which has given me the freedom to exercise my opinion freely and fairly. When you filter a report full of adjectives with facts, a journalist tends to project a more objective view of the issue or story at hand. This would be fair to the reader or viewer. When clients have been told of the need to be fair, there have been instances when they too have been nice to us and have acceded to such a stand.

I joined PR to see the other side of journalism – to understand the backend of journalism. I had apprehensions about whether I could survive as a journalist, but allaying all the fears, K2 has given me space to openly question many issues and offer a contrarian view to things. A journalist’s journey in PR is not wasted. You learn the art of balancing the critical (negative) and the uncritical (positive) and come away in the end with your convictions intact.

The author’s views expressed here are personal and do not reflect the views of the associated organisation.

Prashanth – He brings on-board his enriched journalistic perspective to K2 communications. Armed with a Degree in Sociology and a Masters in Philosophy Research from the University of Hyderabad, where his thesis was on Human Rights, his vast experience in the field of writing, reporting and editing in print media is highly valued and appreciated by our clients.

Should internships be the best learning for Public Relation candidate? 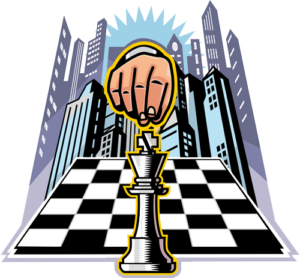